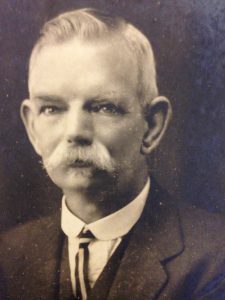 Julius Sandtmann was born in Hamburg in 1862. During his early life he served as a cavalry office with the Duke of Oldenburg’s Blue Dragoons, and at one time he was a member of the body guard of the Empress Augusta (wife of William 1). After leaving the military he entered into commerce and gained experience in France, Spain and Portugal. At one point he followed his elder brother, Fritz, to Argentina.

He didn’t like the way Germany was changing under Bismarck so decided to try life in another country. He didn’t like Argentina though as he thought it was too German – at that time there was a lot migration from Germany to Argentina.

In late 1883 he boarded the SS Ruapehu sailing from London to Otago. He arrived in Dunedin on 27th February 1884. Little is known about what he did in Dunedin but there are newspaper adverts from that period showing him selling ‘Excelsior Patent Stone and stump-jumping Plough’ and giving his business address as 28 High Street, Dunedin. While in Dunedin he lodged with John Andrew Smith and his family. In 1887 he married Ellen Emma Smith. In 1888 they had their first child, Julius Winfred (known as Win).

Evidently there was a bit of a ‘scandal’ and they married rather ‘hastily’.

In 1888 they moved to Napier and Julius took up a position with the Robert Dobson accountancy firm, who also acted as secretary of the Tyser Line, a shipping company. After Mr Dobson’s death in 1892 Julius acted as company secretary and later became the manager. When the Tyser Line merged with the Commonwealth and Dominion Line (c. 1914), the head office was moved to Wellington and Julius, and family, moved there so that he could take up the position of manager. In 1916 the company was amalgamated with the Cunard Company and shortly after this Julius resigned and returned to Napier, resuming his accountancy work with Robert Dobson & Co.

There is a family story that when he drew his sword to salute the Royals, during the parade at the Newtown Park, his sword got caught in a pumpkin hanging from one of the arch displays and he had to carry on riding without it.

At some point before August 1909 he became an acting Major and adjutant of the Third Battalion. In 1910 he was promoted to full Major. On the 7th September 1910 he became Adjutant of the 2nd Regiment, Wellington Mounted Rifles. On 14th August 1911 officers of the 9th Mounted Rifles assembled at Palmerston North, included was Major Sandtmann. On 2nd May 1912 there was a Training Camp at Tutira, Napier, of the 9th Regiment Mounted Rifles under Lieutenant Colonel Sandtmann.

During the Boer War (1899-1902) he helped with the selection and training of troops. And during the early years of World War One he assisted Sir James Allen, the Minister of Defence, with the despatch of troop ships to Europe and North Africa. 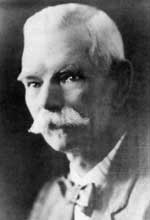 Due to his German heritage Julius suffered a backlash during World War One. He was often forced to declare his loyalty to New Zealand  in letters to local papers. In a letter he wrote on August 1914 he said ‘I have come from fighting stock and since 1735 my family furnished a number of men for active service. My grandfather and two of his brothers fought against Napolean (1812-1815) with the German Legion under Wellington on the Peninsula, and one of them subsequently in the Greek Wars of Independence. He was killed at the Battle of Arba (21st July 1882). Another was lieutenant in the Hanseatic Regiment and was severely wounded at Waterloo. Another went through the 1864 and 1866 campaigns as regimental surgeon, and four cousins fought in the Franco-German war of 1870. There is consequently nothing extraordinary in my connection with the NZ Forces. I have been willing for 30 years to uphold the British principle of government by consent of the people, and am ready to defend that principle by armed force if need be’. See the Military men page for more information.

Julius Sandtmann died in 1929 after becoming ill with pneumonia.