Emma Ellen Smith arrived in Dunedin on 30th July 1861 aboard the “Storm Cloud”. The “Storm Cloud” sailed from the Clyde on 3rd May with 324 passengers on board. The journey took 84 days and there were four births and five deaths during the voyage. It was the ships second visit to New Zealand.

The family originally came from Edinburgh, Scotland. Her father was John Andrew Smith and the family group consist of 12 members, including the eldest son Robert and his family. They are listed on the passenger list as ‘assisted immigrants’, which means that they got help from the New Zealand Company which was set up to promote emigration to New Zealand in the form of free passage and work. At the time there was a gold rush in Otago and there were opportunities for people to either work on land as farmers or set up businesses to support the miners.

Descendants of Robert Smith went on to found the family firm of Smith & Smiths. 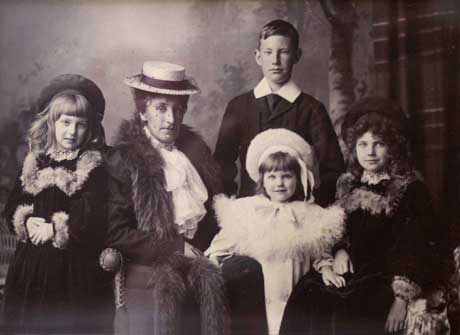