Julius Winfred, or Win as he was known, was a very bright child and matriculated at Otago University in 1903 when he was only 15 years old. He later qualified as an accountant and helped in his fathers firm. He married twice. His first wife was Murial Staines who developed a mental illness and was committed to a mental institution. She died in 1956. His second wife was Mary Gertrude Staines, Murial’s sister, who died in 1961.

Frieda remained unmarried. Her fiancé died at Gallipoli during the First World War. She remained living at the family home, Elizabeth Rd, until she died.

Gylda married Roy Bellin Stock in 1930. They had three children. Their first child, Julian, was born in 1932.

Alma married Llewellyn Lloyd Thomas in 1928. Llewellyn Lloyd’s family originally came from the Nelson area. They had two daughters, Jennifer (born Aug 1930) and Johanne (born June 1931). The family lived in a house next to the Bluff Hill Store, at the intersection of Lighthouse Road and Thompson Road.

During the 1931 Napier earthquake and house was damaged and Jennifer became trapped on the porch at the back of the house. She was unhurt but Alma had a job getting to her. Sometime later Alma and Llewellyn Lloyd divorced, causing a bit of a scandal in the Bluff Hill population of the time.

After the divorce Alma and the children went to stay at the Stock family’s farm at Mungatuna. The nearest neighbours were Harry (Henry) and Ted Biles, who had a small dairy farm together. Alma and Harry became friends and were married in 1939. A year later they had Christopher. 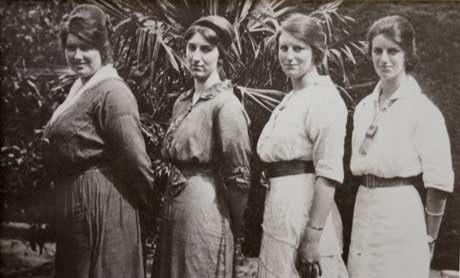