I have tried to find all the dates I could but he was moved around a lot during his early training so some of the dates may not be very accurate.

His training to be a pilot started when he left school, Caterham, Surrey, and went to the Royal Naval College at Greenwich in October 1917. 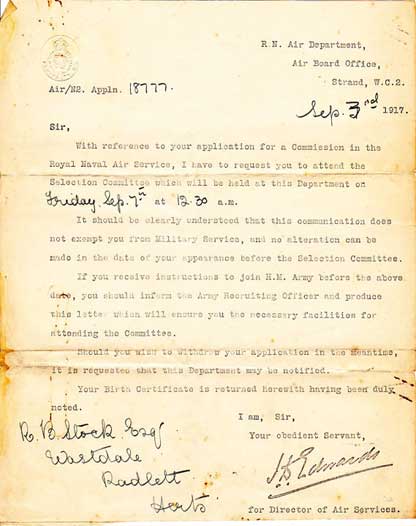