Operation reports were filled out by the observer or the pilot after a bombing raid or reconnaissance flight.

Results of bombs dropped:
Four bombs dropped in quick succession straddled about 20yds ahead of gunboat.
Number of rounds fired:
200 at trenches, 300 at gunboat 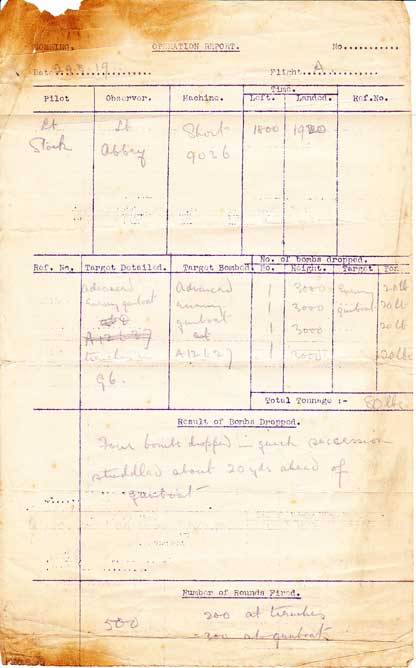 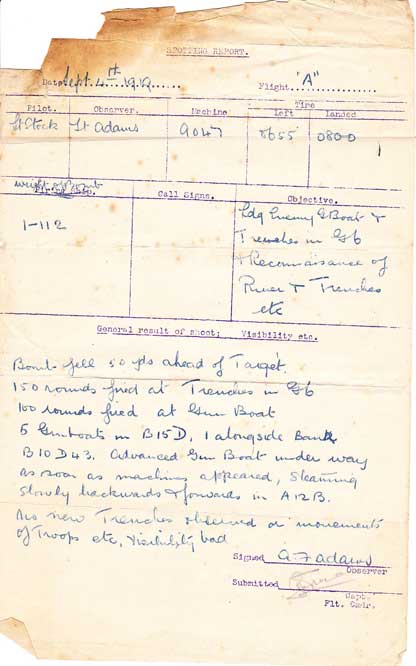 11.9.19
Pilot: Lt Stock
Observer: Lt Adams
Objective:
Reconnaissance of the left bank of the river as far as Borok.
General result of shoot; visibility etc.:
4 carts loaded with hay entering Gorodok from southward. 50 head of cattle collected together on south bank of Selmanga River near bridge. 2 enemy gunboats at V6B. No other movements seen. 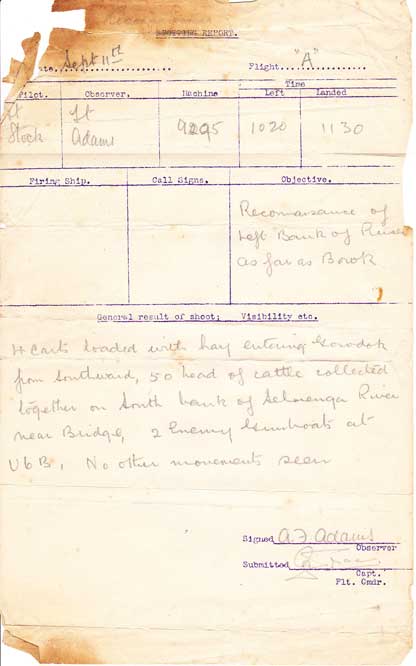