Born in Palmerston North in 1909, he was educated at Christchurch Boys’ High. He went to Canterbury University and graduated with a LL.B in 1932 after completely it in the minimum time of fours years and topping the list for New Zealand in several subjects. The following year he obtained a LL.M degree. He also won the Butterworth prize in Law and the Canterbury Law Society’s gold medal for top student of the year.

In 1934 he started his own law practice and by the time he entered Parliament in 1943 had built up an extensive client base. In 1942 Alan Mackay had joined the practice and the firm was renamed Watts and Mackay.

Jack joined the army sometime in 1942 and was promoted to Second-Lieutenant. But was discharged in February 1943 as it was found that he suffered from hypertension. 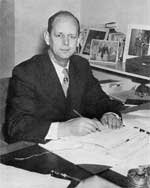 In 1943 he was elected Member of Parliament for Riccarton, Christchurch. Three years later he was re-elected as member for the new constituency of St Albans which he held until 1957 when he became MP for Fendalton. At various times he was Minister of Health and Social Security, Industries and Commerce, ad Finance. He was responsible for the inauguration of PAYE system of taxation during his time as Minister of Finance. He retired from Politics in 1960. More information on Jack Watts political career.

The family lived in Fendalton until 1950 when they moved to a ministerial residence in Hobson Street, Wellington. In 1955 they moved to another ministerial house in Seatoun, overlooking the harbour. In 1958 they sold their house in Christchurch and bought a house in Brooklyn.

In July 1954, during a National Party conference, Jack started to feel unwell. On returning home he when to see a doctor and it was found that he had suffered a mild heart attack – he was 45 years old. He was ordered to spend two weeks in bed and seem to recover quickly. In November he noticed a problem with his sight and after consulting a doctor it was found that he had a thrombosis in his eye caused by high blood pressure.

After retiring from politics he carried on practising law as senior partner with the firm Watts and Patterson in Wellington. He was also chairman of the board of Colonial Mutual Life, J.J. Niven and Co, and Consolidated Brick and Pipe Investments Ltd, and deputy chairman of Feltex (NZ) Ltd. He was also legal advisor to Shell Oil New Zealand Ltd and a member of the Committe on Higher Salaries.

He died in 1970 after suffering a heart attack. 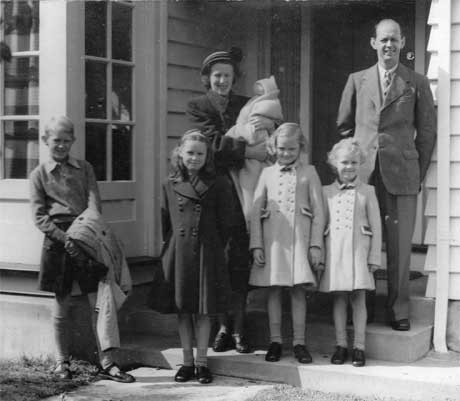